Sabrina Rhodes and Linnea Gonzales celebrate the end of their collegiate careers! 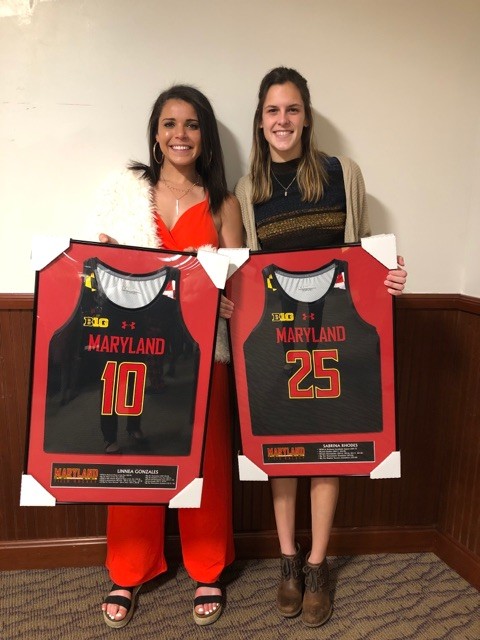 H2O Alums, Sabrina Rhodes and Linnea Gonzales celebrated the end of their collegiate field hockey careers at the University of Maryland with a "Tailgate" themed luncheon hosted by the Maryland Terps field hockey program at the Xfinity Center.  Sabrina and Linnea began their field hockey careers with H2O in 2008 and were part of the team that brought home the first ever National Indoor Tournament (NIT) championship title (they would finish their H2O career with 3 more NIT titles) as well as the first Disney Field Hockey Showcase national title!  Following their H2O play, they had the privledge of playing at the highest collegiate levels at the University of Delaware and University of Maryland.  While their collegiate careers did not start off together, they spent their final two years together as Terrapins competing twice for the national title in the championship game.  Sabrina was named to the US Womens Developmental Team -- Linnea was named to the Womens National Team  and participates in the ProLeague.   Congratulations to these two H2O Alums!